Get fresh music recommendations delivered to your inbox every Friday.
We've updated our Terms of Use. You can review the changes here.

Songs From the Science Frontier 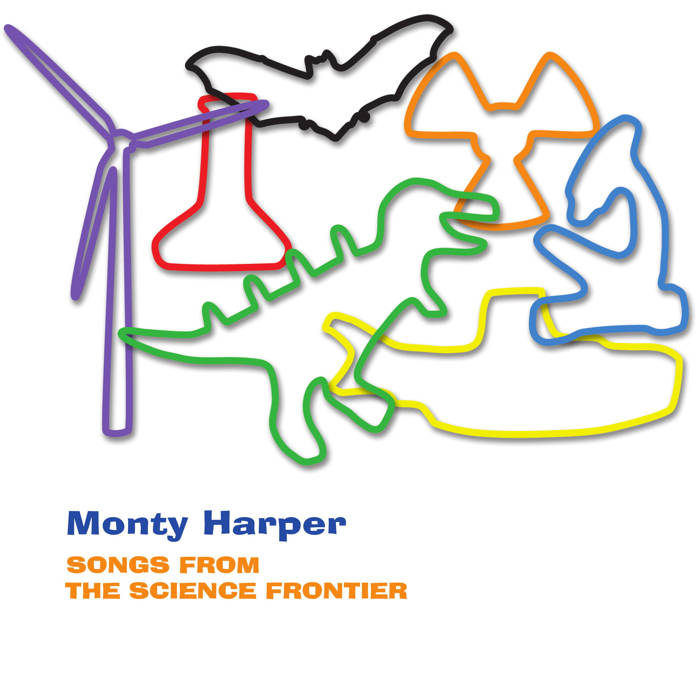 “Do you look upon the universe with wonder in your eyes?” asks the opening lyric of Oklahoma songwriter Monty Harper’s new CD of songs about science for learners age eight and up. If so, sings Harper, “then you’re ready for adventure on the science frontier!”

Harper’s unique approach grew out of the “Born to Do Science” program he hosts at his local library, in which scientists speak with children about their current research. In-depth interviews with his guest speakers formed the basis for most of the songs on the CD. “Scientists are heroes to me,” says Harper. “They have the patience, curiosity, and courage to explore nature and generate new knowledge, all with an eye toward improving the human condition. It’s such fascinating and important work. Everybody should know something about it!”

With this mission in mind Harper set out to make a recording that families would want to hear over and over again. He raised the necessary cash with a “crowd-funding” campaign on Kickstarter.com that brought in over $9,000. More than 140 backers contributed to the campaign. “I was blown away,” says Harper. “Not only friends, family and fans, but total strangers gave generously because they believe in the need for fun, engaging, informal science education.”

Harper put the money he raised to good use, hiring Chris Wiser of the Oklahoma City band, the Sugar Free Allstars, as his producer. The SFA are widely known for their fun and funky organ and drum kids’ rock, which supports Harper’s own Beatle-influenced acoustic sensibilities throughout the CD. Says Colin Thornton, of Cincinnati, OH, one of the CD’s backers and father of two girls, “The album is so good that you forget you're learning about science. The songs are as catchy as They Might Be Giants, as smart as the Decemberists, and as creative as Bright Eyes.”

Monty Harper is a children's musician in Stillwater, OK. He performs for elementary schools and libraries, helps kids write their own songs in workshops and residencies, does informal science education, and writes songs for clients.

Bandcamp Daily  your guide to the world of Bandcamp